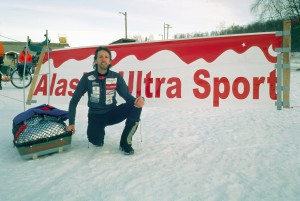 I was born in Brescia on september 2 1966 and I live in Monticelli Brusati, a little town in Franciacorta.

I work as restaurateur, and because of my passion for the mountains, in the last 3 years I’ve taken care of some mountain shelters.

I took part at 5 editions of the Iditarod Trail Invitational, walking nearly 6.000 km on Alaska’s ice:

Me, Roberto Ghidoni, Tim Hewit e Tom Jarding are the only 4 people in the world who finished the long race on both of the routes.

I also plan public meetings to tell people about my experiences, and I work with some secondary school to teach students the values of sport.