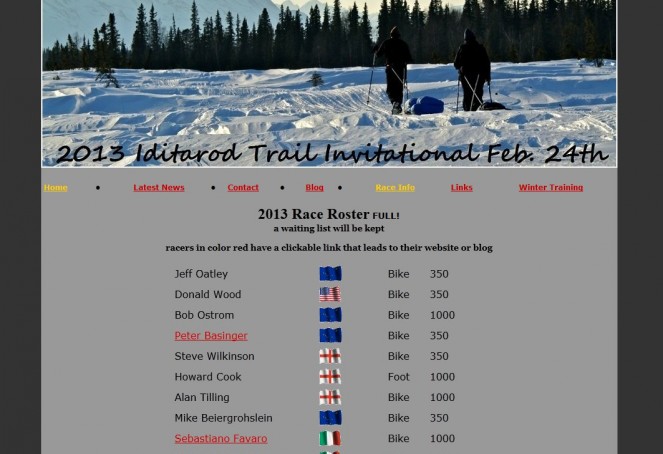 The official website of Iditarod Trail Invitational has recently published the race roster of this year edition.

Among the hundreds of applications from all around the world, the organization chose 55 athletes, grouped by category: “on foot”, “by bike” and “by sky”. As usual, there are many alaskans and americans, but there will be some europeans too: british, swiss, germans, austrians and italians.

I’d like to point out one athlete in the list, Tim Hewitt, the american who in 2009 edition was the only one, beside me, who completed the long race, 1800 km.
This year it will be me and other 11 runners to keep on going till Nome: as usual for odd years, we’ll take the South Route.