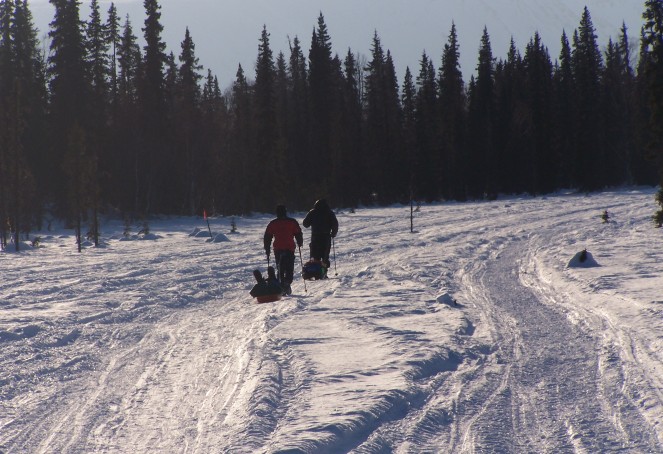 Marco arrives in Anvik, where he has to stop longer than his travel mate Beat Jegerlehner because of his blisters, since he hasn’t found another pair of boots.