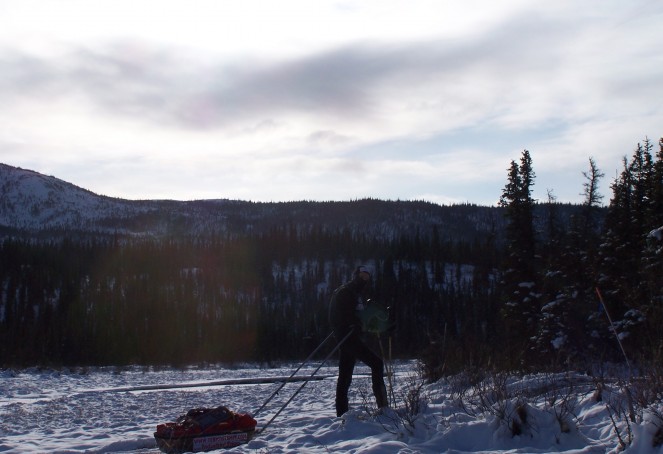 After some troubles, Marco has arrived to the ghost town of Iditarod.

The high temperature has slowed down Berni’s run, because the snow has started melting, making the trail wet and slippery. At the some points, the runner has end up in the snow till his knees. Wind and rain has been a problem too.

Because of all of this, Marco, with Beat Jegerlehner, had to stop for one night in a village 22 km far from Iditarod.