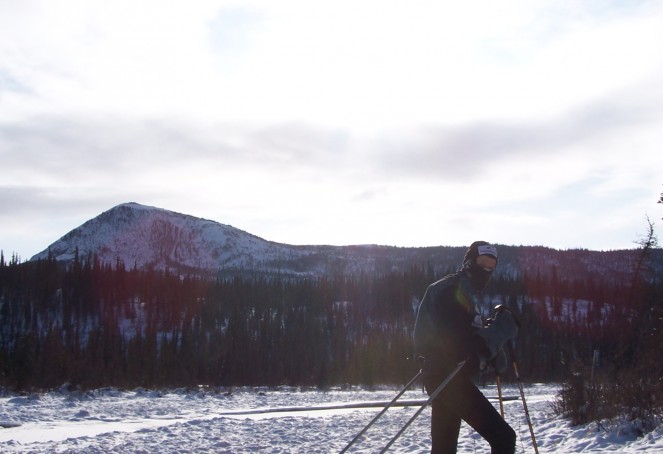 In the 2007 edition of the Iditarod Trail Invitational, which started on February 24th, there were 31 athlets took part in it: 19 by mountain bikes, 1 by ski and 11 on foot.
During that year there has been few snow compared to the other editions, and so, at the beginning of the race, the participants had no particual problems: there were no retires on first days.
After some days, the atmospheric conditions changed: strong winds reached the area, drastically reducing the temperature and making the race very difficult for the athlets. For this reason, I was stucked 3 days in Puntilla, before I could start again the race.
The situation got worse every day, and I even decided to retire, but then I changed my mind and resume the walk where I stopped, near Bison Camp.
So, I walked other two days, and on March 9th I reached McGrath: due to the delay on the schedule, I decided to end the race.